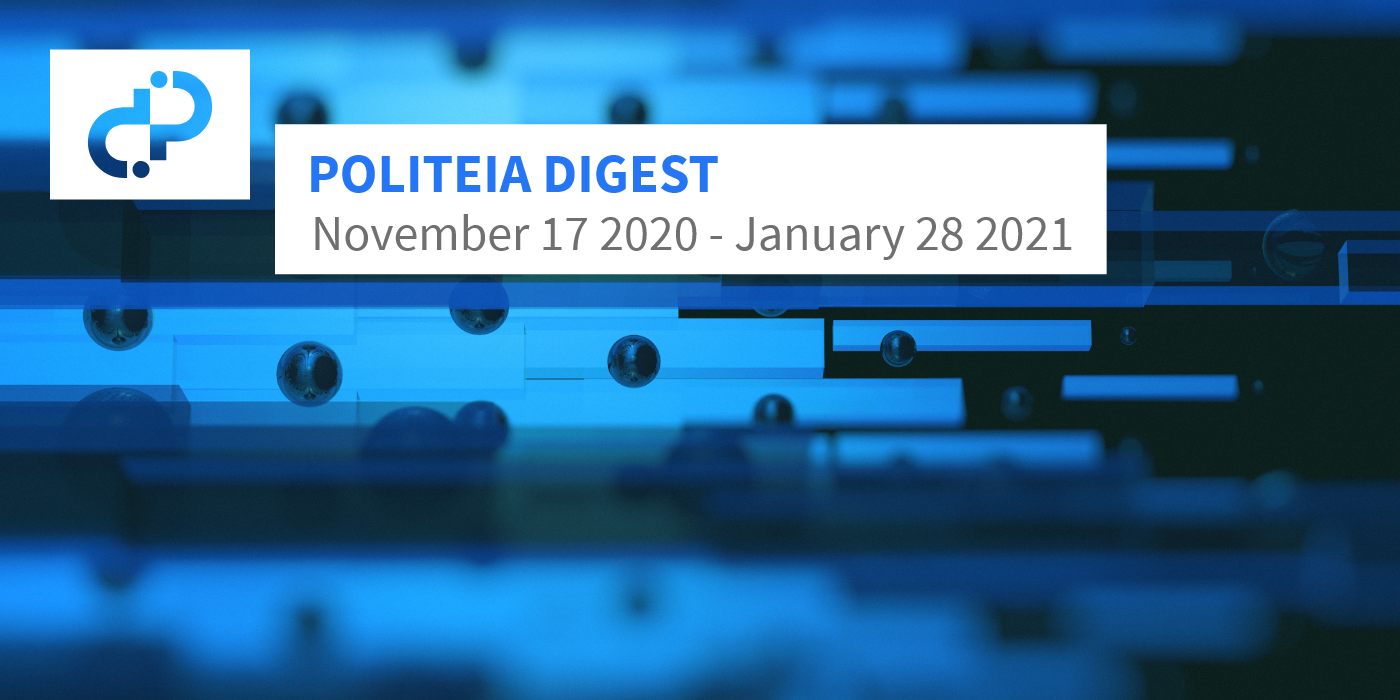 This proposal requests a budget of $6,200 for 6 months, for the Decred Arabia team (@arij, @zakaria) to continue putting on events, and to produce 3 new videos about Decred. The proposal provides links to the previous content generation and event reports by the Decred Arabia team since 2018. Comments on the proposal are almost universally positive, except for a selection from @atweiden which argue against any marketing spending at length. In the course of the discussion is was also clarified that @arij and Insaf Nori of Twitter are one and the same.

Decentralized Credits: The Digitization of Money and State (Book)

This proposal requests a budget of $17,500 to write a book over 8-10 months, publishing excerpts as articles along the way. The subject matter would follow on from @ammarooni’s previous research, funded through a phase 1 research proposal. Over the course of 8-10 research papers @ammarooni would explore DCR as a monetary asset and Decred as a DAO, with the material pitched at a general financial audience. The budget is composed of hourly billing ($16K) and a $1.5K payment upon publication of the book to cover associated costs. Almost all of the comments on the proposal are supportive, except for some from @atweiden, and @ammarooni even managed to turn that around!

This proposal to renew Decred in Depth production for another year came from Eduardo Lima, host of the Staked Podcast which began in Aug 2020. @Mr. Black, who had produced the podcast previously, did not wish to take it on for another year. For DiD, @elima_iii has proposed a longer format of 1:15:00 – 1:45:00 (although remaining flexible), with 2-3 interviews being streamed live each month then edited into downloadable podcast episodes plus some shorter clips for promotional purposes. The proposal requests $500 per episode for production of the podcast, up to a maximum of $18,000 if the upper limit of 36 podcasts is hit.

The Phase 2 DEX development proposal set a new turnout record of 22,213, beating the previous record held by Ditto’s first proposal of 21,191 (52%) - and with an impressive 98% Yes votes. This proposal requested $245,000 for continued development of DCRDEX, with a list of prioritised features which it is estimated can be delivered in 6-9 months. These features include SPV support (so the full blockchains’ data is not required to trade), support for Decrediton integration, support for ETH and ERC-20 assets (mainly aiming at stablecoins), support for BCH and Bitcoin forks - plus general maintenance and improvement.

The three approved proposals below were covered in the previous issue 39.

Since approval, @JoeGruff published 4 updates with progress reports, remaining funds and next tasks.

This third proposal from the Decred ES team requested $14,800 to fund six months work, scaled down from an initial ask of $42,000, with items relating to Talent Land Blockchain Challenge and Codigo Decred being cut.

The Decred Hackathons and LATAM Initial Chapter proposal submitted after the hackathons element of the LATAM marketing proposal was cut, the people behind it are members of the ES team. The proposal requested a max budget of $17,000 to develop processes and materials for hackathons and run two hackathons, with $3,500 of the budget reserved for prizes.