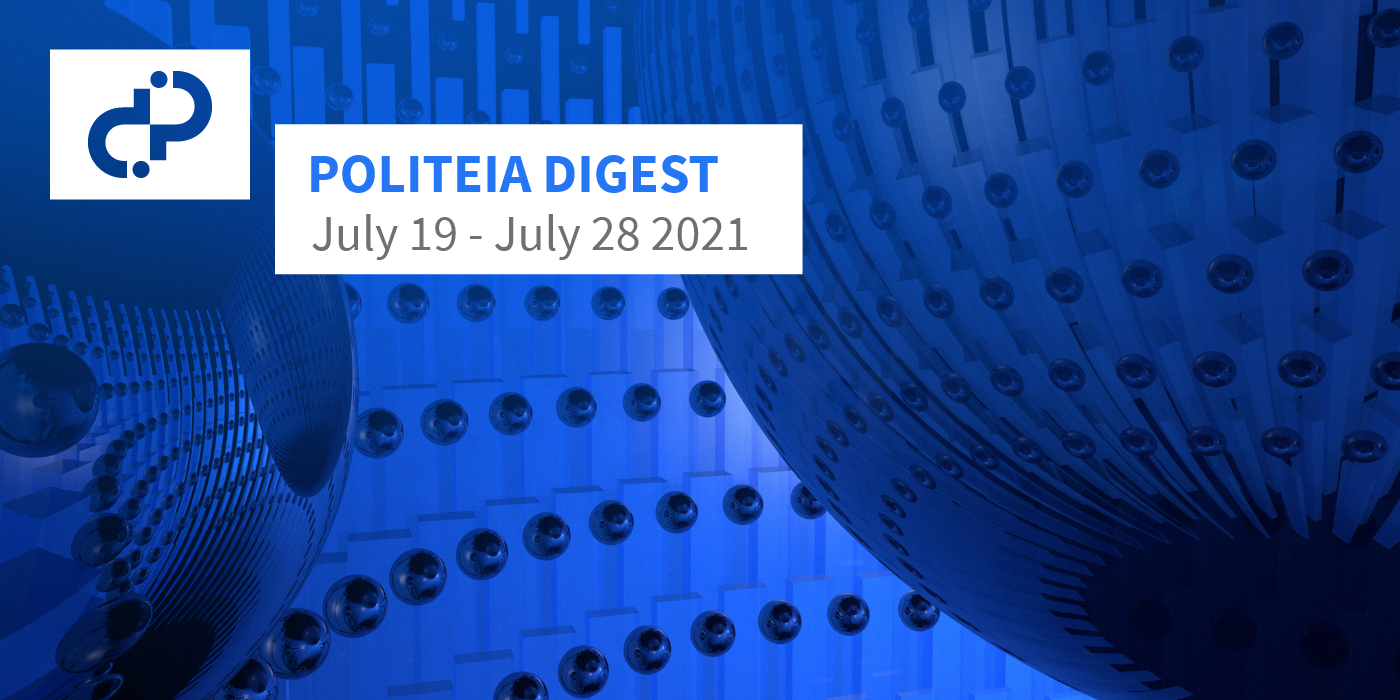 This proposal requests funding for Decred representation at Crypto Expo Dubai in October 2021. The proposal originally offered two options (one with a presentation and booth, another costing $1,000 less with no booth), but the booth option became unavailable and the proposal was edited to offer a new choice to the stakeholder community: An optional presentation costing $5,000, plus a budget of $21,240 for travel and accommodation for Decred representatives attending the conference plus merchandise to give away. The proposal will be edited to only offer option A (with presentation, $26,240) or B (no presentation, $21,240) based on community feedback, before it is authorized for voting. The budgets are based on 4 Decred representatives attending in person and having to be flown in for the event - it could be reduced through the use of local representatives, and @sz1 is looking for people who are interested in representing Decred at the event.

The comments are split between those who oppose this kind of conference spending and those who think it is worthwhile to try - with many of the latter also suggesting to reduce the budget in various ways.

This proposal requests a budget of $398,346 for the production of five 3-minute episodes of a science fiction miniseries. The proposal owner is an independent film producer with a record of making sci-fi films and shorts, another producer and effects company are on board but writer and director remain to be hired. The proposal contains an extensive section about how the miniseries would be made, but on the subject of what it would be like and why it is relevant to Decred much less is said.

This entertainment experience will translate Decred’s core values and social functions to audiences across multiple demographics connecting with them emotionally while providing tangible knowledge.

Comments on the proposal range from thinking it’s a joke making fun of the other documentary proposal, to questioning whether the people behind it are familiar enough with Decred to deliver a sci-fi miniseries that makes Decred relevant to some audience of interest.

Recap: This proposal requests $300,000 (down from initial $495,000) to produce a 90-100 minute documentary film based on @frizzers’ book “Daylight Robbery”. Decred would be the “sponsor-advertiser and publisher-broadcaster” of the film, and the film would be released into the public domain with no copyright restrictions. The film would not feature Decred heavily but would reference it in a section on “future governance systems, private money and digital nomads”. The proposal also introduces @frizzers’ background as a comedian, voice actor and financial writer, and references a recently recorded interview with @jy-p. The proposal also introduces Alex Webster, who would be the editor and main collaborator on the project. Payments for the proposal are structured around 4 milestones - $150,000 covering pre-production and production, $150,000 for post-production and marketing (at this point whoever is reviewing the invoice can inspect the final product). The benefits to Decred are envisioned to result from major recognition of the film as “the first open-source DAO-funded documentary”.

The proposal has now accumulated 25 different versions, as @frizzers refines the proposal based on community response and has added a taster made previously (password: decred). A recent interview on Decred in Depth also provides more detail on @frizzers’ thinking about the proposal. Many of the latest comments concern distribution of the film, pointing out that the proposal lacks a clear plan for getting it seen by people. There are also more comments expressing interest in the idea since the edits to reduce budget and provide samples, and assurances in comments that the tone would not be like @frizzers’ comedy material.

Recap: This proposal outlines a new consensus rules change, it projects costs of $10,000 to produce the code and DCP, to be drawn from the core network development budget. The purpose of this consensus change is to automate the ticket revocation process - this would simplify the user experience by obviating the need to revoke tickets manually. Additionally, this would be of significant benefit to the small number of tickets which are stuck in an unrevoked state - with the original Voting Service Provider (VSP) there was a redeem script which users needed to keep to redeem their tickets in a case where the VSP disappeared while tickets were unvoted, and the user had never voted any previous tickets with that VSP. According to a report produced by @davecgh there are just under 1,867 tickets in this kind of unrevoked state, locking a combined total of 196,750 DCR. If implemented, this consensus change would make all future revocations automatic (miners would have to include these transactions for their blocks to be valid). A secondary step would see a script produced which performs a one-time revocation of all the legacy unrevoked tickets.

In a Twitter thread @lukebp pointed out that this consensus change is notable for not coming from the original developers, and for demonstrating Decred’s fundamental ability to improve base layer UX.

Recap: This proposal seeks retroactive funding for development of the StakeShuffle Twitter Bot - a total of $2,240 for work completed so far (estimated to be around 280 hours). The proposal owner developed the bot after seeing requests from @thebochinchero and @checkmate for this kind of bot, it turned into a bigger job than they were expecting, and although they received some DCR tips initially these were deemed insufficient to support its continued development. If this proposal is approved, work will commence on Phase 2, incorporating a number of new metrics suggested by @checkmate, and a further proposal will then be submitted which requests reimbursement for this work.

Following the approval the author has requested feedback on how new metrics and alerts should work.