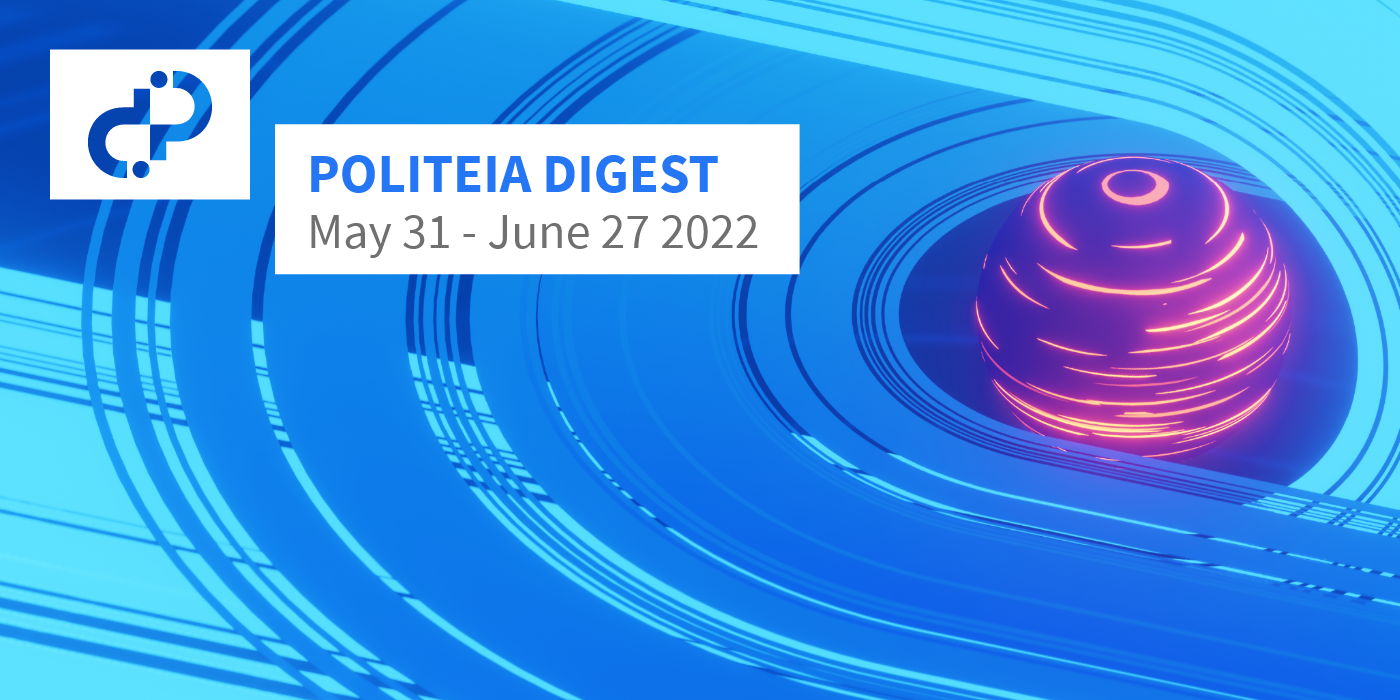 This proposal requests $250,000 to fund continued development of GoDCR for 12 months, and it will also cover maintenance of existing mobile wallet apps until GoDCR is ready to take their place. GoDCR is a wallet written in Golang which aims to deliver a more lightweight user experience than Decrediton, it uses Gio for the user interface has been supporting Gio with $1,000/month sponsorship. The amount requested by this proposal was originally $300,000 but this was edited down, and the proposal notes that May and June 2022 work is being paid out of pocket by @raedah - a continuation of the self-funding arrangement for this work since the previous proposal was rejected with 49% support in Oct 2021. The major development features for this year are mobile GoDCR (20 weeks), DCRDEX integration (10 weeks), UI improvements (9 weeks) and coin control UTXO selection (6 weeks).

The comments on the proposal from most community members are supportive, but quite an in depth discussion took place about the pricing of the proposal where @davecgh argued that it was too expensive for the level and amount of work involved. There was also a comment from the Gio maintainer expressing their appreciation for what has been their main source of sponsorship funding (also funded out of pocked by @raedah after the last GoDCR proposal was rejected).

This proposal requests a budget of $22,000 for social media content production, communications and events in Brazil, to cover 6 months of work over the second half of 2022. The leaders of this proposal are different to the previous Decred Brazil proposals, and acknowledge that the previous proposal, led by @emiliomann, did not deliver the expected results. @victorguedes, a long-term Decred developer, has been granted control of many accounts related to Decred Brazil, and is joined in the proposal by @jpsantanna, @edsondecre and @eric_vieira - together they have already begun to resurrect the accounts and Decred Brazil’s social media presence. Contributors to the project would be paid at one of 3 levels ($10/20/30 per hour), with an average rate of $17/hr being used to set a labor budget of $18,900 based on 15 hours per week, with additional funding for ads ($1,200) and event expenses ($1,500). The proposal sets targets for the number of Instagram, Twitter, Facebook and TikTok videos, along with a target number of events.

This proposal requests a budget of $34,000 for one year of content production and aggregation on DecredMagazine.com. @phoenixgreen has collected content from a variety of Decred contributors and republished this with their permission on decredmagazine.com - along with a steady stream of new content produced for the magazine. @phoenixgreen takes the role of editor with @Applesaucesome and @OfficialCryptos are named as Official Contributors, social media users will recognise these long term and active community members who have not usually been paid for their efforts historically. The proposal sets out an expansion plan targeting the recruitment of more Official Contributors with various backgrounds. A content production schedule is provided which targets 2-4 items per week for one year covering Decred news, markets, development and broader topics. The proposal also sets out a plan for promoting each item of content across various channels. Contributors would be paid at a rate of $30/hr, and caps have been placed on the editor role (10 hr/week), as well as on a per article basis (4 hours for medium length piece, 8 hours for long).

All of the comments from community members so far are positive about this proposal.

Recap: The Decred Journal team are back with a new proposal. After the old proposal ended at the end of 2021 the Decred Journal and Politeia Digest have been unfunded for five months, and inactive for most of that time. @exitus has bee instrumental in the return of the Decred Journal for an (unfunded) April issue, and now this proposal. The proposal requests funding of $33,000, which would cover 9 months of the Journal at max $3,000/month, and also 9 months of Politeia Digest at max $550/month. There is an additional $1,000 set aside to pay the contributors for unfunded work to complete December 2021.

Recap: This proposal requested a maximum budget of $105,000 to fund 18 more months of the Bug Bounty program (formerly administered by @degeri). The budget is split into operating costs ($5,000) and reward payments ($100,000). Since the program started in Jany 2019 over 200 bug reports have been processed and 21 security vulnerabilities have been fixed as a result. A total of $10,154 has been paid to reporters since the program started, and operating costs for the previous year were $2,087.50. @degeri left a comment to say they need to focus on IRL matters after the current proposal ends and therefore wish to pass responsibility on to @jholdstock.

Recap: This proposal requested funding of $20,000 to continue covering the same translation tasks as previous phases, with the same team, throughout 2022. The remit covers Decred Journal, the decred.org site, articles/video content and software text. The proposal reports that the previous phase was completed under budget (costs were $8,180 against a budget of $33,000).

Recap: This proposal requested a budget of $3,575 to run three events at Universities in Uganda in summer of 2022, with an expectation that 30 people would attend each event. After being questioned about whether they have organised this kind of event before in #proposals, an event in 2019 organised by one of the proposal team was referenced.