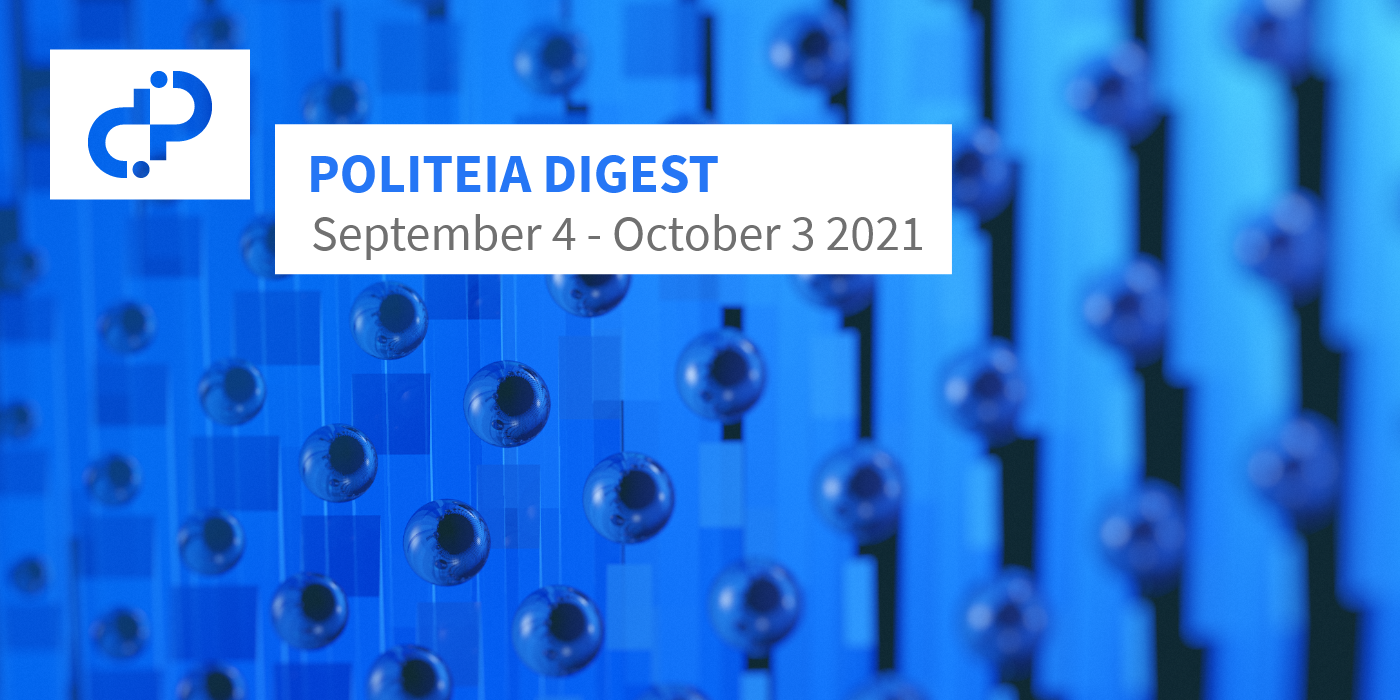 This proposal requests a budget of $200,000 for one year of continued development of GoDCR, covering May 2021 to April 2022. This represents a significant increase in monthly cost ($7,500/month to $16,600/month) and duration from the initial proposal. The sponsorship of Gio UI is set to continue at a rate of $1,000/month, this is reported to have expedited bug fixes and supported the upstream project that GoDCR relies on. Progress on GoDCR has resulted in a preview testnet release which can be tested. The remainder of the proposal consists of links to a number of pull requests that delivered certain features.

The comments with larger scores are supportive of the proposal and the value of developing this Go native wallet. There are also comments which are more critical of the proposal, citing the lack of a full release, lack of detail about what the funding will achieve, or just grinding an axe about rejected marketing proposals. It was also clarified, in response to a comment, that the last few months of work on GoDCR (since May 2021 when the last proposal expired) remains to be paid for by this new proposal. The last proposal time period was found to be too short, so the team opted to continue working towards a version that users could test before submitting the new proposal.

This proposal requests $72,000 for continued work on developing mobile wallets for iOS and Android, covering May 2021 to April 2022. Major achievements since the last proposal was approved are reflected in the v1.6 release, which includes StakeShuffle privacy, Politeia proposal viewing and notifications, and a Dark Mode for the UI. Links and changelogs and contribution graphs on GitHub are provided by way of progress report.

Most of the comments are echoing the author’s sentiments on the GoDCR proposal.

Recap: This proposal seeks to extend the current arrangement with Monde PR by another year, at a cost of $3,500 per month ($42,000 for the year). A summary of the last year’s activity is provided, 65 pieces of coverage were secured with syndications to 343 publications. The proposal also links to a full list of articles that covered Decred as a result of Monde’s efforts. Highlights for the year included DCRDEX launch coverage in publications like Fortune’s The Ledger, MarketWatch, Geek Insider, Bitcoin Insider, Crowdfund Insider, Crypto Potato and Benzinga. Most of the placements in higher tier publications were in the form of expert commentary from project contributors however.

Educational Video series for Decred in the Indian Market

Recap: This proposal requests a budget of $9,800 to make videos about Decred for the Indian market in the Hindi language. The proposal comes from Finstreet, an Indian Crypto Education Platform. The proposal is broken into three tranches with their own milestones and budgets. Each milestone includes a tutorial video, 3-4 webinars, some short videos and a banner. The proposal also lists a number of projects, and the WazirX exchange, which Finstreet has worked with. It is not clear how some of the descriptions for content of these videos relate to Decred, like “the integration of Adaptable DeFi” and “showing all the merits of Decred over other Derivative Trading Platforms”.